Rendered walls shall be detailed to reduce the risk of damage due to movement in the background. Issues to be taken into account include:

The construction should include appropriate measures to reduce the risk of damage to the render caused by movement in the background, such as shrinkage, thermal or differential movement. The designer should follow the guidance in this chapter, together with the render/background manufacturer’s recommendations. Alternatively, provision for movement should be designed by an engineer in accordance with Technical Requirement R5.

Areas of the building to be rendered should be identified prior to construction, and movement control considered as part of the design.

Render and masonry backgrounds should be detailed to reduce the likelihood of cracking and crazing in the render. Issues to be taken into account include:

Where length/height ratios are greater than 3:1, consideration should be given to providing suitably designed:

Where movement joints are provided, they should: 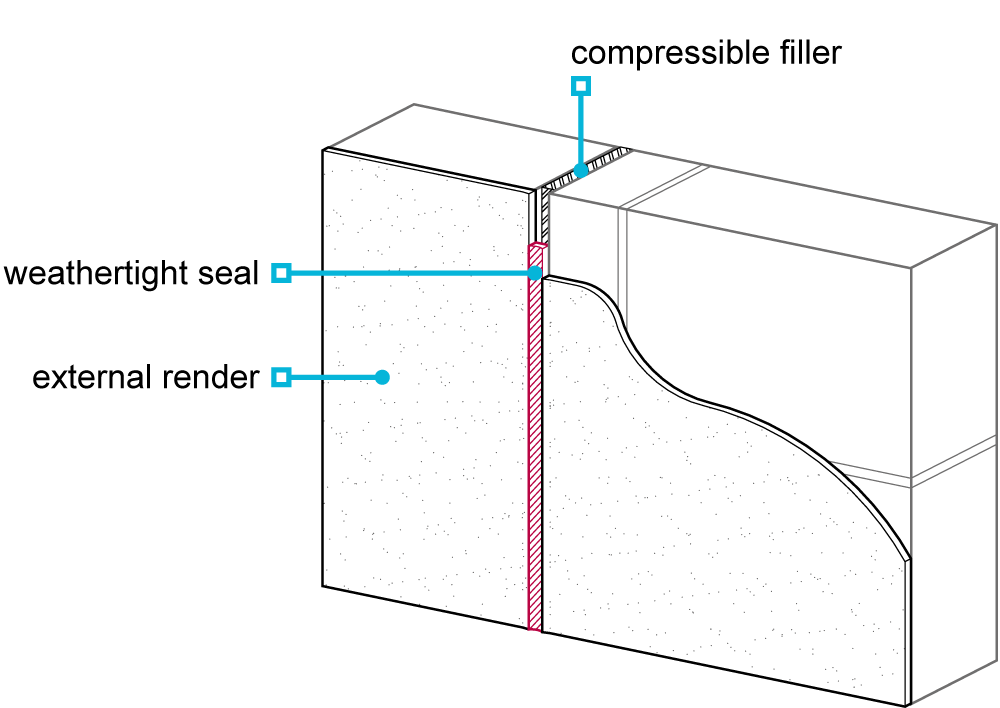 Where significant differential movement is likely to occur, such as the junction between masonry and board backgrounds, render should be stopped either side of an appropriately formed joint.

To avoid cracking, ribbed metal lath backgrounds should be divided with movement joints into bays no more than 5m wide and: