Drainage systems shall have pipework adequately protected against damage. Issues to be taken into account include:

Where drains pass through structural elements; allowance should be made to accommodate movement.

Pipes passing through substructure walls should accommodate movement by:

Flexible joints should be made in accordance with the pipe manufacturer’s recommendations. 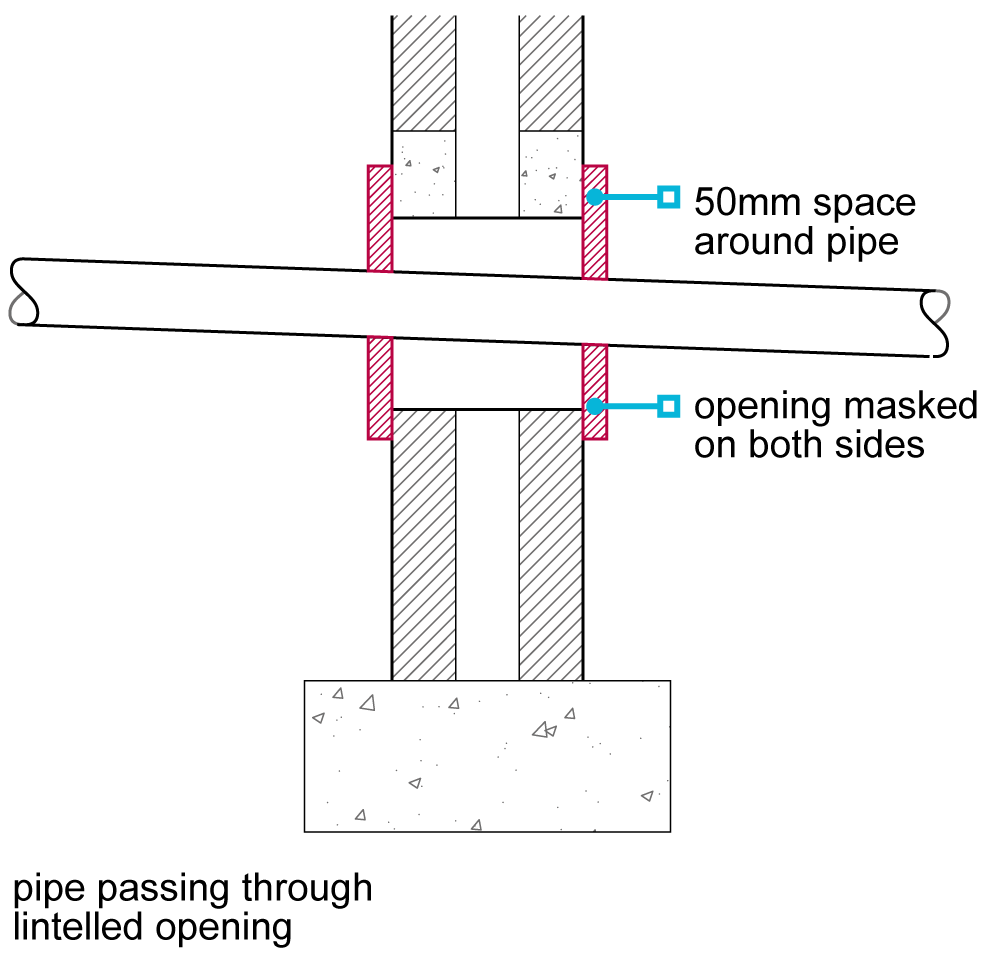 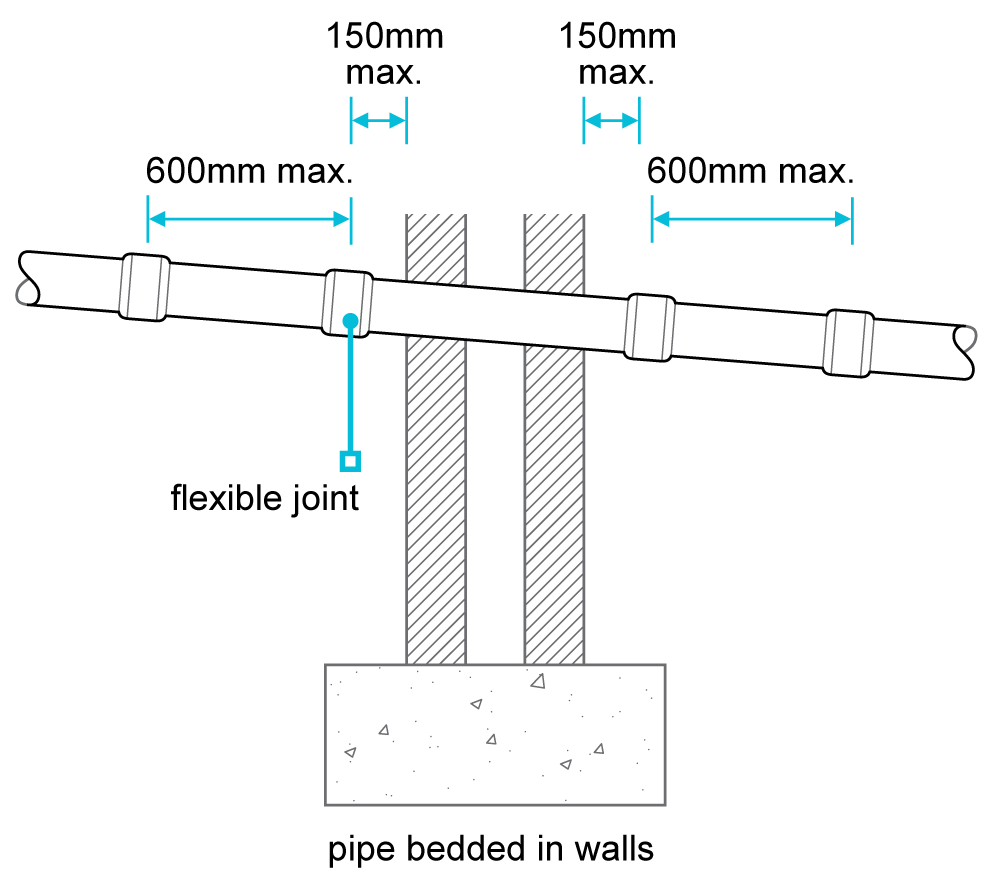 Where drains pass under roads and drives, the final compaction should be sufficient to prevent later settlement.

Where rigid pipes are to be encased in concrete, movement joints should be: 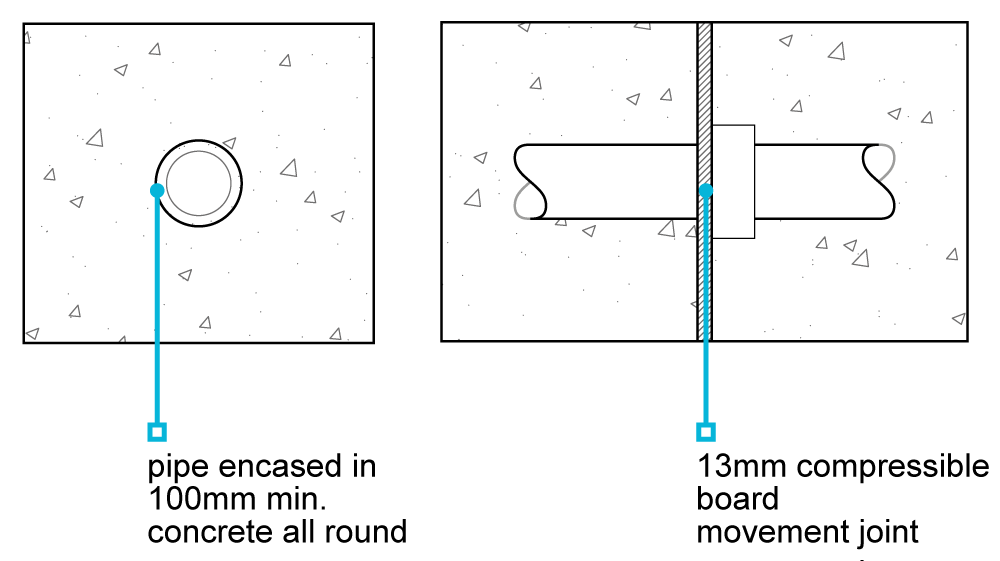